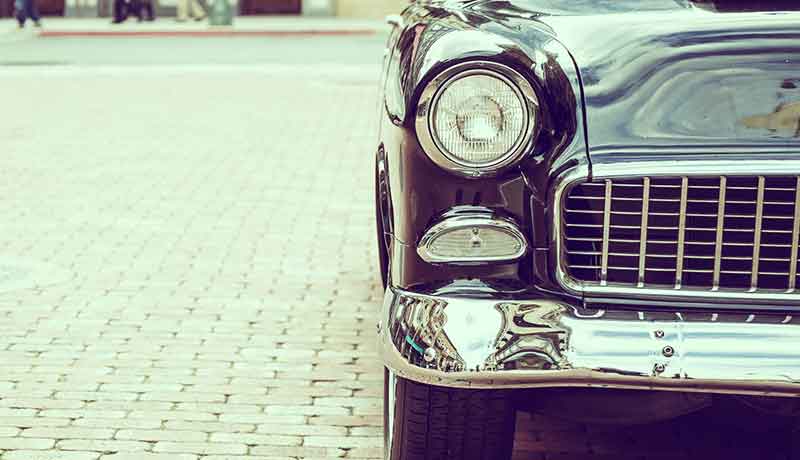 I raced up the stairs to our apartment. “Mom, our car’s gone. Somebody stole our car.”

I didn’t give much thought to why anyone would want to steal our car, a fourteen-year-old sedan. Before mother could answer, I thought about our village constable who lived next door, so I raced back down the stairs and over to his house. When he answered the front door, I said, “Mr. Brusveen, somebody stole our car. It’s not where we parked it.” Barneveld Constable Brusveen knew that we’d run it down the hill alongside our house, and we’d start it by popping the clutch after it’d picked up speed.

“Did you set the parking brake?” he asked as he calmly strolled through our backyard to look down the road. I was right on his heels, but I wasn’t feeling very calm. “Might it have rolled down the hill?” We looked toward the bottom, but there was no car in sight. “I’ll walk around town and see if I can spot it,” he said.

“While you do that, I’ll call some of my friends and ask them to look around.”

I raced to the telephone to call my school friends. After a few calls to recruit some sleuths, I headed for town, but had only gone a couple blocks when I met Brusveen coming back. “I found your car,” he said. “It’s parked right next to the grocery store. Your key’s in the ignition.”

“Next to the grocery store?”

Then I remembered. I’d gone to buy groceries that morning. And I remembered carrying those groceries home. I must have taken the car and forgot, leaving it there all day. “Mr. Brusveen, it’s strange that someone would steal my car and then leave it in town. Maybe a friend played a trick on me.”

“That could explain it, I suppose,” Brusveen said.

But I knew he wasn’t convinced.

My mother knew better, too. She thought that my misadventure was hilarious. To my embarrassment, it wasn’t long before everyone in town was laughing.

Now at eighty-three-years old, when someone tells me, “You’re getting senile,” I can honestly tell them, “Naw! I’ve always been this way.”