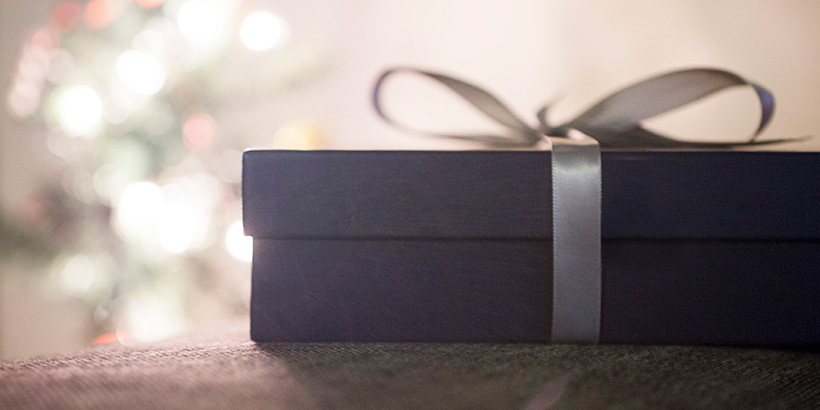 When he was a child in the 1940s, there were few places Harold Thorpe was happier than lost in the pages of a book.

“Uncle Wiggly, The Wind in the Willows, Br’er Rabbit and Br’er Bear, Alice in Wonderland—and many comic book animal characters – those were some of my favorites.”

In 2004, when his first grandson was born, Harold sat down to write a children’s book in Wyatt’s honor. The setting was based on the real-life woods surrounding the author’s home in Door County, Wisconsin, which he affectionately came to call “Wyatt’s Woods.”

By the time Wyatt’s Woods was finally dusted off, completed, and published in 2013, “I had three more grandchildren, so I knew I had to write three more stories,” Harold recalls.

In 2014, two more Good Friends Storybooks were published – Aubrey’s Attic and Grayson’s Garage. A fourth, Bellamy’s Ball, was published in 2015.

On the inside cover, each contains a special dedication for the grandchild who is the book’s subject.

How do the children and their mothers, in this holiday month of gift giving, feel about this special gift Harold has left?

We caught up with Treva, mother of Grayson, age 6, and Bellamy, age 2, and Jodi, mother of Wyatt, age 10, and Aubrey, age 8. They discussed their feelings about the books and shared how the children have responded to them. Bellamy is too young to fully appreciate the books, Treva said, but her brother eagerly anticipated this November’s release of Grayson’s Garage. Getting ready to attend book signings with Grandpa required some intense first-grader preparation.

“He practiced writing his name, lots of times, so that when he had to write it in the books he wrote it nicely,” Treva said.

He keeps a copy in his backpack. He’s given one to his teacher. But even more thrilling – it’s for sale in their small, local grocery store.

“He thinks he’s a rock star. We have a picture of him standing at the grocery store. He is very proud of that,” Treva said. “How many people, really, have a book with them in it?”

Wyatt has appeared on the local TV news. And Aubrey “makes sure everyone knows she has a book written ‘about’ her,” her mother says.

Grayson is working on reading Grayson’s Garage himself.

“He reads a page and I read a page. It’s just a little bit higher than his reading level, maybe second grade,” Treva says.

The books, both mothers said, beautifully capture their children’s real-life personalities and situations.

Just like in Grayson’s Garage, for instance, Treva said their family recently built a house without a garage; it is a planned future addition.

“Construction has been our kids’ reality for some time,” she laughed.

Wyatt, Jodi reflects, “has grown up in Wyatt’s Woods. For the book to take place there is just that much more meaningful.”

And for the “very theatrical” Aubrey, having Aubrey’s Attic revolve around a play “was so fitting,” Jodi said.

“Grayson really would be genuinely concerned about and cheering on his friend,” Treva said. “Those are characteristics that he actually has.”

It’s in Harold’s caring nature, she noted, to notice those good traits, and to acknowledge that he notices them by writing them into a book.

What do the two mothers hope, years from now, that their children will carry away from the experience?

“I think that they will see that Grandpa had a passion for writing… and also that he had to learn the craft and to work hard at it,” Treva said.

His first career was as a teacher, not an author.

“But he was willing to give writing a shot. I think that, in itself, is a really neat gift to give.”

“The first book I remember was The Little Engine That Could,” Harold recalls. “I must have been about four years old. When I started to write fiction I said many times, ‘I think I can, I think I can’ — and I did.”

Though he traditionally published his books, anyone can write stories for their grandchildren. The format matters far less than the heart that goes into it, Harold says.

“You don’t have to be a talented writer. You can write and staple it together at the kitchen table. Think about the pleasure it will bring your grandchildren, to know that Grandma or Grandpa cared enough to make the effort.”

The greatest gift in all of this? That’s easy. It’s love, Treva and Jodi say.

“I think that the involvement that the kids have had with the books has brought them even closer to their grandfather — if that’s possible,” Jodi said. “The grandkids are such a big part of his life. He would do anything for them.”

“This has been a really special labor of love,” Treva said. “That will be, I hope, what they see someday, that they were unconditionally loved by their grandfather. In these books, he has given them that. How cool of a gift is that?”

“No one can ever take these books away from them,” Jodi concurs. “They will always have this very special thing that Grandpa did just for them. It’s a wonderful gift that they will cherish forever.”