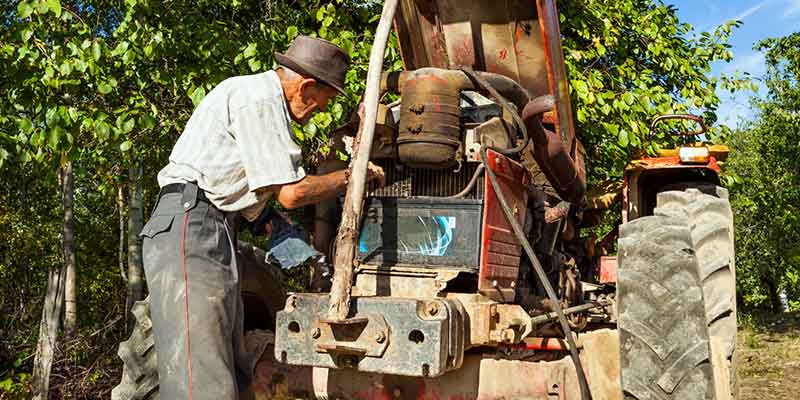 He must have liked me; he tried his hardest to get my attention. But there were times when I would have settled for him liking me a bit less.

I had to watch my backside when Uncle Amanza Powell was around. I must have been his favorite target. He was as kind a man as any man I knew, but he loved to catch me unaware.

If I walked past and wasn’t paying close attention, before I could scoot, he’d reach out and grab hold of my trousers, while asking, “How thick are those trousers?” And, of course, it wasn’t just trouser that he caught between his thumb and forefinger. He pinched a good amount of skin, too. I tell you, that didn’t feel so good.

And if I happened to saunter into his milk barn while he was squeezing milk from a cow’s teat, I was sure to catch a stream of milk right in my face. I couldn’t believe that he was such a good shot with that milk. He was so good that I thought he’d be a fine basketball player. 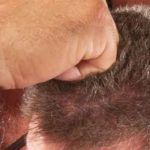 His favorite trick, though, was a Dutch rub. Have you ever had a Dutch rub? A Dutch rub is knuckles rubbed hard against the scalp. Doesn’t feel too good, but I sure learned to squirm away  mighty fast. Let me tell you, that woke the hair follicles up. It may have potential for hair restoration, but I don’t recommend it to anyone, especially anyone who’s my friend.

I didn’t know Uncle’s Amanza’s family, other than they’d migrated from the Isle of Man, an island off Great Britain’s shores. Uncle Amanza represented them well. They should have been proud. My mother, his wife’s sister, was a divorcee with two youngsters—my sister and me.

With no car, no savings, and very small income, she often needed help. Uncle Amanza and Aunt Berniece were always there.

They’d come pick us up almost every Sunday for a drive through the countryside or a stop to visit a relative. That was our entertainment back then. They’d drive the several miles to our house to help when our furnace went out, when the lawn mower went on the fritz, or for a host of other needs that we always had.

And Uncle Amanza didn’t just haze me, he often helped, too. He’d make me the best willow whistles that a young boy could have. And he was the one who came to take me to the doctor when I broke my hand or received a concussion while playing football—and he didn’t even like high school sports. He thought they were a waste of time when there was work that needed to be done at home. But he never complained, at least not to me.

We couldn’t have survived without the help that my mother’s sisters, their husbands, and my cousins provided. They all went beyond reasonable expectations, but especially Uncle Amanza. I never got angry when Uncle Amanza took aim at my body. I considered it to be all in fun.

We laughed over it together. I thought of them as being another expression of his love. But I still don’t recommend Dutch rubs—not to my friends anyhow.