My Very Own Uncle Sam 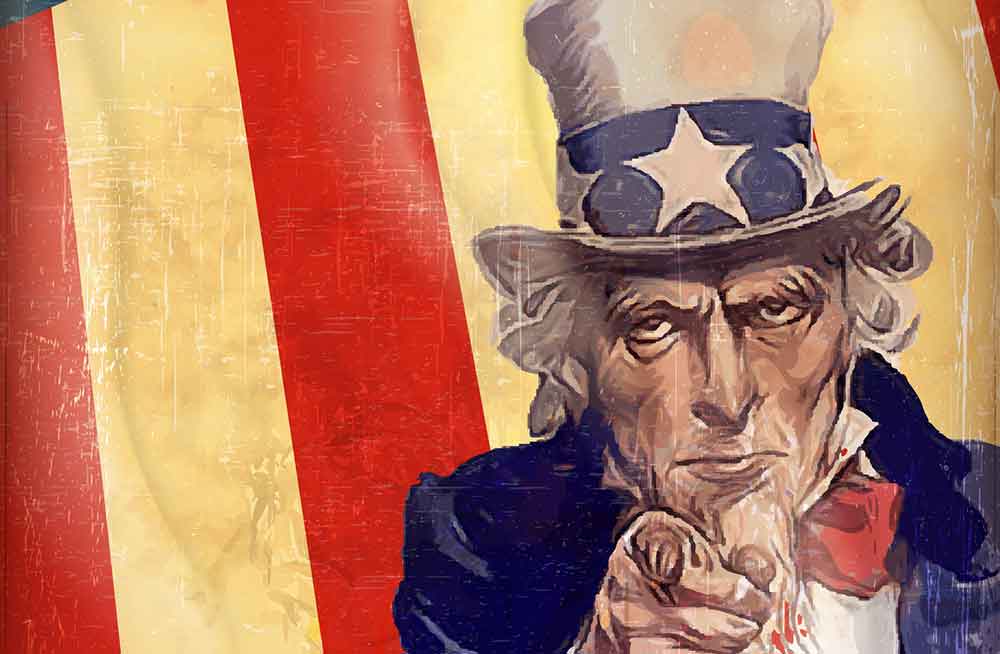 Although World War I was long past by the time I entered the world in October 1937, that ubiquitous poster commands a spot in my memory.

Uncle Sam’s accusing finger pointed straight at me. His bushy brows, long hair, goateed chin, and intent countenance mesmerized me. The words on the poster that his stern gaze dominated, shouted, “I WANT YOU.”

When at five years old, a year into World War II, I first saw that poster, I was convinced that the YOU, meant me, and I’d better be ready. But I had my own Uncle Sam, and this poster didn’t show the Uncle Sam that I knew.

My mother, Laura, and Alice, her two-year-older sister, were still in high school when Sam Wilson came to test cows at their farm. 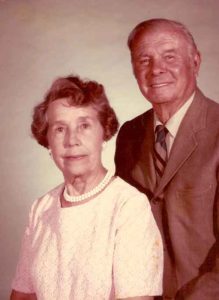 He must have remembered Alice, because several years later, now living in Long Beach, California, he wrote to her. He asked Alice, who was the head nurse at Dodgeville General Hospital, to come and visit.

She’d never been to California, so she was eager to visit that exotic far Western state. She convinced two fellow nurses to travel with her. The friends returned to Wisconsin, but Alice remained in the West, eventually marrying Sam Wilson.

A few years later, I was born, and right from my beginning, I had my own Uncle Sam. I didn’t fear my Uncle Sam like I feared the Sam in that poster. My Uncle Sam was a kind and gentle man who pampered kids. He built human-size dollhouses for us to play in and provided pets for us to love.

Whenever I’d hear someone say the name, I’d proclaim, “I have an Uncle Sam, too.” But I never knew about the likeness that my Uncle Sam had with the American who inspired our nation’s first Uncle Sam.

I was in the upper elementary grades in Mineral Point when I learned about America’s original Uncle Sam.

A meat packer named Sam supplied meat to American soldiers during The War of 1812. He labeled his meat U.S. for United States. Because of his name and the U.S. label, soldiers began calling him Uncle Sam—then the name stuck as a personification of our nation.

And wouldn’t you know? This man’s full name was Sam Wilson. Sam Wilson, just like my Uncle Sam Wilson. I didn’t believe in reincarnation, but if I was wrong, the Uncle Sam that the nation honored was undoubtedly my uncle. 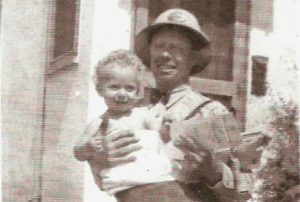 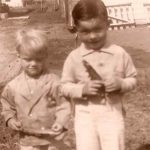 Binny, Me, and the Goat 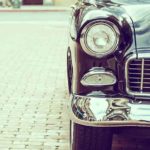