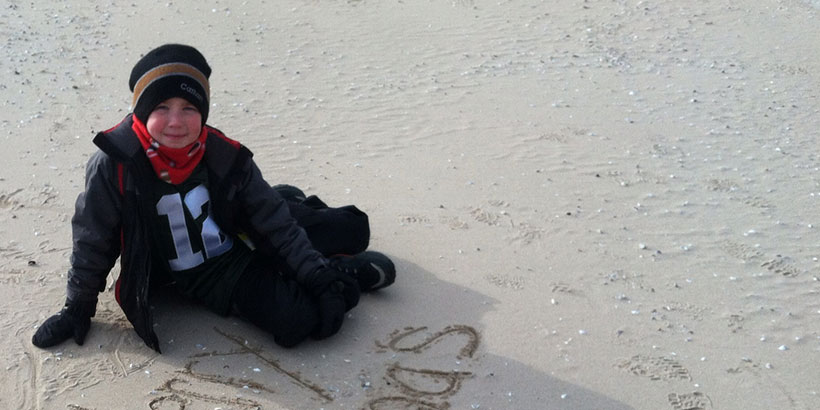 “Calamitous screwed his too-tight football helmet on his head and muttered, ‘I forgot which way I was going.’ Bailey leaned forward and whispered to Wyatt, ‘He was definitely going down.’” – Wyatt’s Woods

Wyatt’s Woods, published by Little Creek Press in 2013, was the first of Harold Thorpe’s gifts to his four grandchildren. Harold has written “A Good Friends Storybook” for each of them.   Wyatt’s Woods is a middle grade chapter book set in Door County, Wisconsin. What does Harold’s ten-year-old grandson, Wyatt, think about being the subject of a book? We asked him that, and some other fun questions.

Q: In Wyatt’s Woods you have a talking dog named Bailey. In real life, do you have a pet? What kind of animal is it and what is its name?

A: I used to have a dog named Bailey. Now, I have a yellow lab retriever named Piper and a rabbit named Cocoa.

Q: There are a lot of animal characters in Wyatt’s Woods. Do you have a favorite character? What is it about that character that you really like?

A: My favorite character is Calamitous because he always crash lands.

Q: Door County has a lot of great places for kids. What is your favorite place to visit in Door County?  Which do you like better – things in town, like restaurants, or natural places like the woods and sand dunes?

A: I like both the restaurants and nature. I think my two favorites places are Mr. G’s restaurant near Jacksonport and Peninsula State Park.

A: I like devil’s food cake with chocolate ice cream, dark chocolate chunks and chocolate syrup on top.

Q: Wyatt’s Woods is a real place, at your grandparents’ cabin in Door County. Do you have a favorite spot in Wyatt’s Woods? What makes it special?

A: I don’t really have a favorite spot. I just like being there with my family, doing fun things.

Q: How does it feel to be the real-life subject of a book?  Is it fun to be a little bit famous?

A: Yes, it is fun. I like having friends read my book.

A: I don’t really like to write. I think I would do something else, I just don’t know what. I like math, so maybe a job like an engineer. 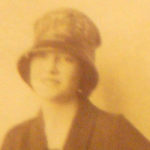 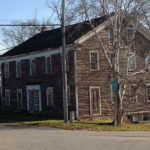 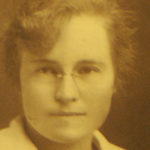 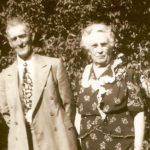