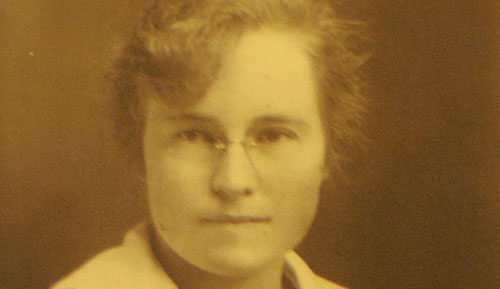 “Sharon, almost fourteen, looked like her father: short and, as he liked to say, pleasingly plump. But her disposition wasn’t his at all. Like her Cornish ancestors, she was serious, and like her Cornish mother, practical.” — Giddyap Tin Lizzie

In the O’Shaughnessy Chronicles novels, Ruby is the dominant spitfire, Catherine the pensive follower. Sharon, the eldest of the three sisters, is the nurturing mother hen.

My novels are based on my real-life family story. The three fictional O’Shaughnessy sisters are drawn from my mother, Laura Annette Fitzsimons, and two of her sisters, Alice and Anne.

Like the fictional O’Shaughnessy girls, the real-life Fitzsimons girls grew up in southwest Wisconsin in the early twentieth century. And their real-life personalities closely matched the O’Shaughnessys’.

My mother, Laura, is fictionalized in the novels as Catherine. My aunt Alice inspired Ruby. And my Aunt Anne became Sharon. There was a fourth Fitzsimons sister, Berniece, and a brother, Mort, who are not included in the novels. Their parents were Will and Elizabeth Fitzsimons, who in the O’Shaughnessy Chronicles became Will and Mary O’Shaughnessy. 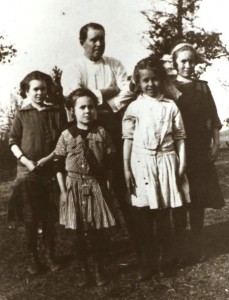 Will Fitzsimons and daughters (from left) Berniece, Laura, Alice and Anne

The second oldest of the Fitzsimons children, Anne was born on Feb. 15, 1901, on a farm outside of Mineral Point, Wisconsin. When she was about two years old, the family moved to town. The house in which my mother was born in 1906 sat in what we affectionately call the “Grove of Fitzsimonses,” a cluster of properties once owned by various members of our family, on the city’s north side.

After graduating from Mineral Point High School in 1919, Anne taught school for two years in her mother’s hometown of Linden, Wisconsin, before marrying Earl Paull on June 15, 1921. 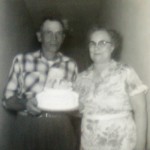 My Aunt Anne and Uncle Earl lived in a variety of places, including in Verona and in Colorado. Eventually, however, they settled on a farm along U.S. Highway 18-151, just east of Ridgeway, Wisconsin, that Earl’s father had bought in 1898. Today, the Paull family still owns this 196-acre farm just a few yards off the modern highway.

In Bittersweet Harvest, newlyweds Sharon and Ed move to Ed’s family farm just outside of Logan Junction. Logan Junction is the fictional name I gave to Ridgeway.

In her 1999 memoir, From High on the Bluff, my mother said her older sister Anne was “always a little mother to the younger ones.” She learned to cook and sew as a teenager, and worked at the Local Democrat printing office and at the Ben Franklin five-and-dime store.

“Anne loved to talk,” my mother additionally recalled. “Sometimes, she made her story so long that by the time she got to the end, I had forgotten the beginning.”

“Anne was a Pollyanna kind of person,” my mother also wrote. “She believed that everything was going to be all right, even if the house was falling down around her.”

Anne and Earl raised two daughters and a son, my cousin, Wayne. Wayne was born on the farm near Ridgeway in 1928 and still lives there today.

All of my aunts and uncles were important to me, but I think that, more than anybody, Anne and Earl were central to my life. My memories of time spent on their Ridgeway farm are some of the happiest of my childhood.

Anne and Earl were far from wealthy. But that didn’t stop them from frequently providing sandwiches and coffee, and sometimes a warm bed, to motorists whose cars broke down on the highway at the foot of their driveway. They gave what they had when called upon.

Anne took an active interest in us kids. Though she was a busy farm wife, she would stop what she was doing to play a game with us, or talk to us, or watch one of our impromptu plays.

“She always took good care of us,” recalls my cousin Wayne.

Both Wayne and I recall, too, how great of a baker Anne was. He remembers chocolate cake “with about an inch of frosting on it.” I remember angel food cake, in particular the cake Aunt Anne baked for my thirteenth birthday. She could make anything taste good, even when her pantry was running low.

Aunt Anne died on May 31, 1978. I will always remember her gentle, motherly countenance. I hope that I captured that in the O’Shaughnessy Chronicles’ Sharon. 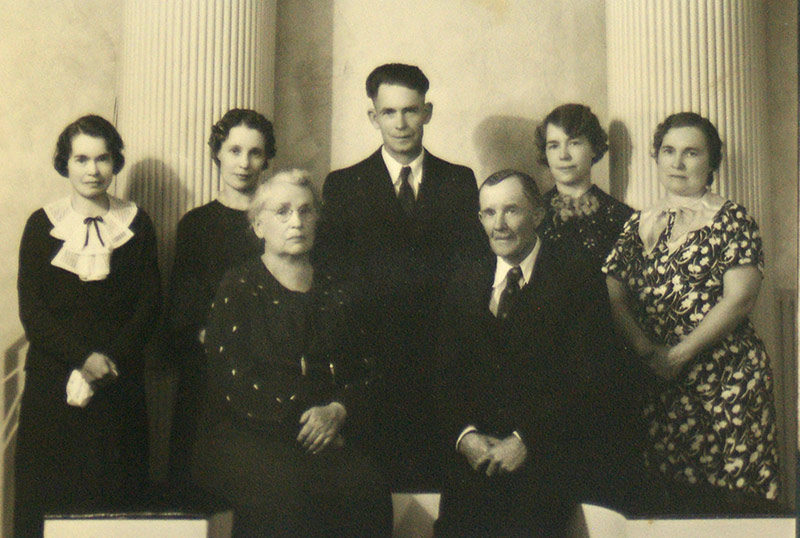 The Fitzsimons family (back) Berniece, Laura, Mort, Alice, and Anne and (front) Elizabeth and Will