The Wild Blackberry in Wisconsin History

“Sadie reached deep into a bush and nimbly fingered three berries into her hand. ‘My mama says there’ll be no blackberry cobbler this winter if I don’t fill these pails.’” – Aubrey’s Attic

At the start of Harold William Thorpe’s children’s chapter book, Aubrey’s Attic, two girls meet a bear while picking blackberries in northeast Wisconsin, circa early 1800s. One girl, Sophia Grignon, is based on a real historical figure.

The real Sophia Grignon was born around 1815 at present-day Kaukauna along the Fox River. When she was three, her father, fur trader Augustin Grignon, established a trading post at present-day Butte des Morts, Wisconsin.

To learn more about the Grignons, read the article Real Life Characters: The Grignon Family, on the Novelist Harold William Thorpe website.

The Grignons were among the first white settlers in what was then a wild, northwestern corner of Michigan Territory, mostly home to Indians and wolves. White settlers began flooding in when Wisconsin became its own territory in 1836, then a state in 1848.

While there is no actual record of her doing so, it’s hard to image that she did not. At the time, wild blackberries weren’t hard to find.

“Of all our native fruits, for eating out of hand, the blackberry is my favorite. The nectar from such as this is surely fit for the Gods,” wrote W.A. Lawton, of Twin Bluffs, Wisconsin, in an undated Wisconsin Horticulturalist essay titled “The Blackberry.”

“It was the picnic season of the year when they were ripe; then the father and mother, the boys and the girls, would take each a pail proportioned to his or her ability as a picker, and proceed to the blackberry patch, there to meet with neighbors and friends from far and near, and pick and visit until our pails were full, or until it was time to return home.”

Indians who had long lived in the region knew, of course, where to find such juicy treasure troves. White settlers quickly discovered these places, too. As the state’s white population grew, settlers also brought with them cultivated varieties of blackberries. Farmers planted new strains of blackberries along fencerows. The remnants of fencerow blackberry plantings can still be found today along former dividing lines between farms.

Indians and early settlers gathered blackberries not just for eating, but also for medicinal purposes; blackberry juice is a natural remedy for diarrhea and was mixed into throat-soothing tonics. Blackberries are also high in vitamins and antioxidants. 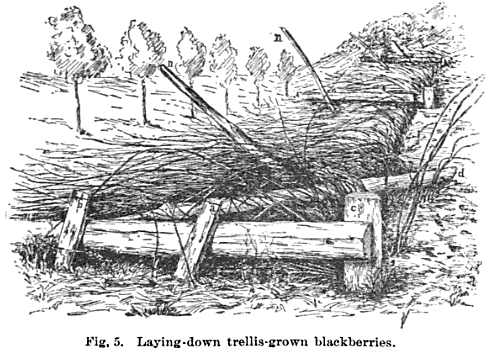 In the late 19th and early 20th Century, researchers worked to produce varieties of blackberry canes that could be easily grown in home gardens, and on commercial berry farms. Pamphlets and books like Bush Fruits: A Horticultural Monograph of Raspberries, Blackberries, Dewberries, Currants, Gooseberries and Other Shrub-like Fruits, written by Fred Wallace Card in 1898, an e-book version of which can now be downloaded for free from Google Books, detailed how to plant and tend different types of berries. Soon, berry farming became serious business. In 1909, Wisconsin farmers produced 498,000 quarts of blackberries and dewberries for sale.

Today, blackberry canes that will grow in a home garden can be purchased from seed catalogs, including from J.W. Jung Seed Company in Randolph, Wisconsin.  Some modern everbearing varieties are ready for picking in late June, more than a month earlier than their wild counterparts.

Today, wild blackberry patches are hard to find near populated areas; urban development has mostly wiped them out. But in state and county parks and national forests in Wisconsin, where they have been protected, wild blackberries can still be found. You just have to know where to look.

And what do you do with blackberries once you’ve picked or harvested them? The best blackberry recipes may be those found in cookbooks of the past, used by farm wives a century or more ago. They can be found in antique stores and, increasingly, on Google Books.

Google Books, in recent years, has begun publishing e-book copies of a vast array of titles, including obscure cookbooks. Titles beyond copyright protection (released prior to 1923) can be downloaded for free. A recent search found many old cookbooks, that were crammed with wild blackberry recipes. The recipes ran the gamut from savory – pickled blackberries and blackberry catsup – to sweet – blackberry pies, jam, muffins, and puddings — to alcoholic – blackberry wine, cordial and brandy.

Here’s a sampling of Blackberry Recipes

From Fruit Recipes: A Manual of the Food Value of Fruits and Nine Hundred Different Ways of Using Them, by Mrs. Riley Maria Fletcher Berry, 1907.

Allow two gallons of water and a half-pound of sugar to each gallon of mashed blackberries. Mix and place in cask, with tablespoon of yeast. Set in warm place and shake every few days. May be drained off in three months to get rid of pulp or new holes bored in cask to prevent inconvenience.

Mix a boiled custard with one quart of milk, the yolks of six eggs, three-fourths cupful of sugar, and grated lemon peel to flavor. Line a serving-dish with slices of sponge cake dipped in cream and filled with alternate layers of cakes and blackberries crushed and sweetened. Pour the cold custard over, cover with meringue, and decorate with blackberries.

Not ready to make your own? Try these preserves or syrups from Wisconsin’s Best

Wisconsin’s Best is a private company located in Oregon, Wisconsin who make delicious Wisconsin made products available throughout the U.S. 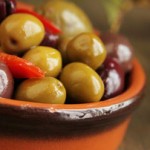 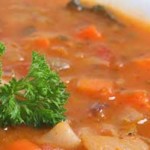 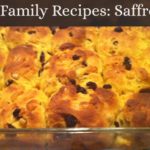 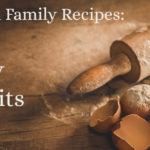