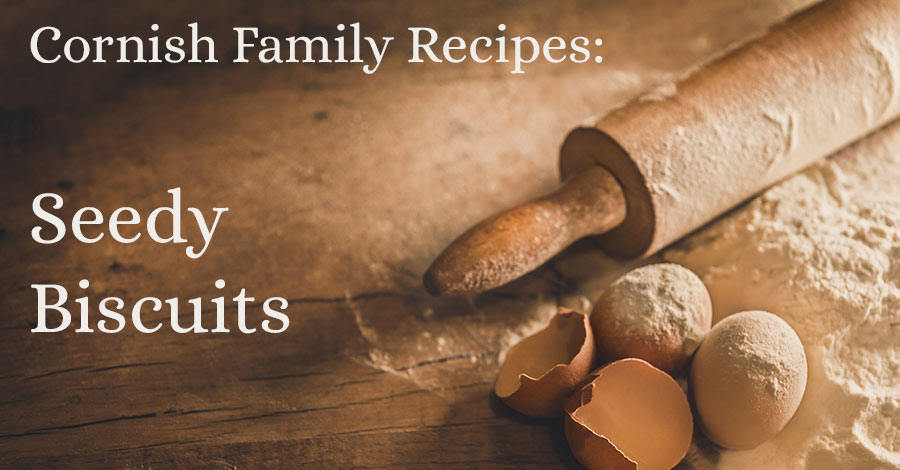 In September, in honor of the annual Midwest Cornish Festival we are sharing Cornish recipes contributed by friends, fans and family members.

These are caraway seed biscuits, found in the Cornish recipes from the 1950s, “’Homemaker’s Club’ Cookbook.’” Recipe written by Jennie Rule. Submitted by David Gribble

This Seedy Biscuit Cornish Recipe is from my mother and the 1950s Linden, Wisconsin, Methodist Church “Homemaker’s Club” cookbook. My mom, Helen, typed all the recipes. Linden was a mining town and the recipes are from my family and from other descendants of Cornish miners who worked in the area mines. ~David Gribble

In the O’Shaughnessy Chronicles, descendants of southwest Wisconsin’s hard rock-mining, nineteenth century Cornish immigrants weather early twentieth century change. The third book in this series, Puppet on a String will be released Sept 28th. I’ll be signing books at the Midwest Cornish Festival.