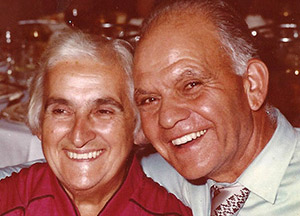 “His new Goodyears filled his window display space, and today he busily installed brake linings on the Ford sedan that Tony Filardo dropped off that morning. His business from Italians increased monthly, and he was thankful for that. When treated fairly, these first generation Americans became loyal customers. – Giddyap Tin Lizzie

Mineral Point, Wisconsin has long been known for its Cornish heritage.

But soon after 1900, nearly a century after immigrants from Cornwall, England, came to the area to work as lead miners in the 1820s, a new flood of immigrants arrived. This time, they were from Italy. Ultimately, Italian immigrants would leave their own, indelible mark on this small town in southwest Wisconsin’s Iowa County.

Mineral Point’s first Italians arrived in 1902. They left Italy for the same reasons that spurred the Cornish to leave Europe – the promise of good jobs and a safe, stable place to raise their children. They left behind an overcrowded, impoverished homeland.

Italian immigrants brought with them their traditions, recipes, Catholic religion, and a staunch working class ethic that helped them land jobs on the railroad and at Mineral Point’s then-booming New Jersey Zinc Company. 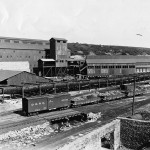 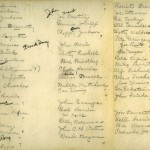 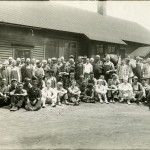 Founded in 1882 as the Mineral Point Zinc Company, and merged with the New Jersey Zinc Company in 1897, this grew early in the 20th Century into the largest zinc works in the United States. At the peak of its production around World War I, it had about 300 employees.  When it shut down around 1929, Mineral Point’s working class Italian community was hit hard by the job losses. Many went on, during the Great Depression of the 1930s, to be hired by the federal Works Progress Administration. Others turned to farming or found jobs in local factories.

Charles and Joseph Galle, two brothers in their 20s, are believed to be the first Italians to arrive in Mineral Point. They had come to Chicago from southern Italy, and landed jobs there as line repairmen with the Chicago, Milwaukee, St. Paul and Pacific Railroad – also called the Milwaukee Road. While on a line repair job in Mineral Point in 1902, they inquired about jobs at the New Jersey Zinc Company.

Once they landed them, the brothers never looked back.

“Mineral Point’s valleys reminded them of southern Italy. They both settled down and stayed here,” said Charles’ grandson, Chuck Dahl. Dahl said his grandfather went on to work at the New Jersey Zinc Company for many years, tending foundry furnaces. 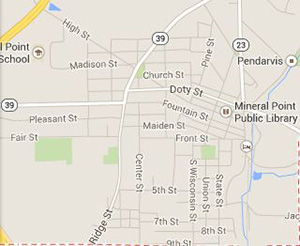 Most Italians settled on Mineral Point’s south side, between Sixth and Ninth streets. – Google Maps

Today, Dahl still lives on Ferndale Road on Mineral Point’s historically Italian south side, in the home his grandfather crafted a century ago by moving an old farmhouse to a city lot that held a 19th Century miner’s cottage made of rock. Charles Galle connected the two structures, and he and his wife, Catherine, went on to raise 14 children there.  Charles’ brother, Joseph and his wife, Mary, eventually had 11 children. Charles and Catherine’s son, Vito, was Mineral Point’s first Italian-American baby, born in 1906.

Some of these Italian men arrived in Mineral Point alone, sending for their wives and/or children, left behind in Italy, only after they’d secured a job and saved the money for their family’s passage.

Mary Mangardi McGuire, who was born in 1937 and graduated from Mineral Point High School in 1955, said her grandfather, Dominick Mangardi, didn’t send for his family until nearly a decade after coming to Mineral Point in 1909. In the meantime, he labored at the zinc works and served in World War I. McGuire’s father, Nick, finally arrived in Mineral Point with his mother in 1920, at the age of 11.

Others arrived with wives and children in tow; and many later had additional children, who were born in Mineral Point. Some lived for a time in larger cities like Chicago before migrating to Mineral Point; others came directly from Italy. 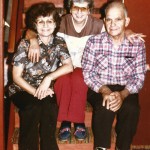 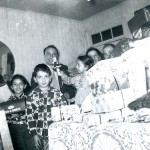 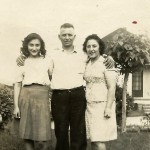 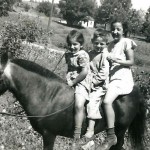 Mary Mangardi on a pony named Black Beauty with its owner, Bobby Chapell, and her cousin, Stella Zaffino, around 1945. – Courtesy Mary Mangardi McGuire 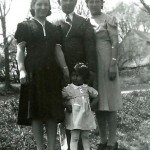 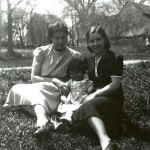 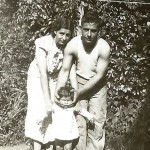 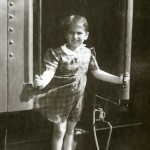 Mary Mangardi at the Mineral Point depot, where she often met her father, Nick Mangardi, when he got off work. He worked for the railroad. Around 1945. – Courtesy Mary Mangardi McGuire 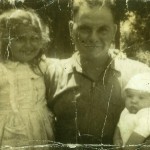 Soon, the Italian population of Mineral Point swelled, with some sources saying it peaked at about 300 residents, including those who had come from Italy and their children, the first generation born in America.

And soon, a working class south-side neighborhood of modest homes, in which most Italians resided alongside other working class families of various ethnicities, roughly encompassed Sixth, Seventh, Eighth and Ninth streets. There were two Catholic churches, and a school. The neighborhood was a short walk to the zinc works and the railroad.

Mineral Point certainly wasn’t the only Wisconsin community that welcomed Italian immigrants in this era; they were also flooding into other parts of the state, including into Madison, to the iron mines of Iron County and, most notably, into industry-rich Milwaukee and southeast Wisconsin.

In 1910, census records show there were about 70 Italian-born residents in Mineral Point, but that may not be a definitive record; other sources say there were as many as 140. The number of new Italian immigrants in the area ebbed and flowed over the next decade. By 1920, however, the wave was over; census records show that Italian immigration to Mineral Point flattened out in the 1920s.

Some of those who arrived before 1920 were single men, who worked at the zinc works for awhile then quickly moved on, either seeking work elsewhere in the United State or, in some cases, returning to Italy. Others settled permanently in Mineral Point and raised families.

But in terms of percentage of Italian-born residents, Mineral Point, whose total population fluctuated between 2,500 and 3,000 residents between 1910 and 1920, surprisingly rivaled Chicago and Milwaukee. In this era, roughly three to four percent of Mineral Point’s population was foreign-born from Italy, compared to about two percent in Chicago and one percent in Milwaukee.

Today, the grandchildren and great-grandchildren of Mineral Point’s first Italian residents honor their ancestors by passing down family recipes and traditions; remembering those who fought and died in 20th Century wars; recognizing their many struggles that came in the form of language barriers, economic hardship, and prejudice; recognizing the efforts they made to assimilate into American culture; recognizing their civic, industrial and business contributions to Mineral Point’s history; and remembering their hard work ethic.

“They had to work for what they wanted; nobody was going to hand it to them,” said Joe Galle, another grandson of Charles and Catherine Galle. He also still lives in Mineral Point.

Galle’s father, Ted, was a Mineral Point alderman for three decades. A city park is now named after him.

“I remember my dad saying how the Italians in Mineral Point, they rose above it all,” Galle said.

In Giddyap Tin Lizzie, first-generation Italian-American immigrants are loyal customers at Will O’Shaughnessy’s Ford dealership. This award-winning book is available through Amazon, the publisher Little Creek Press, and many local bookstores. You can also download a sample chapter today.