A Salute to All Farm Workers

Society’s most important function is feeding its people. The United States does its share and more.

U.S. farmers are some of the most productive workers in the world. The United State’s 2.1 million farms compose 2% of our labor force (1) and its 2.5 to 3 million agricultural workers feed the 325 million U.S. population and much of the worlds. United States farmers shipped over $139.5 billion in agricultural products abroad in 2018. (2) Sixty-eight percent of these U.S. farm workers were born in Mexico. Sixteen percent of our farm workers are migrants. (3)

As a youth, I experienced the long days of a farm worker.

My day began at 5 a.m. and ended in the dark, after the night’s milking. My uncle, who owned a large Wisconsin farm, worked much longer summer days. He started each morning’s milking at 3 a.m. and returning from the fields by the light of the moon.

Fatigue is an occupational hazard for American farm workers. But my days never equaled the weariness and discomforts that our migrant farm workers must endure.

In 2003 I interviewed Mary Moran-Orona for a book I was writing, America’s Small Town Heroes. (4) She had been a migrant worker but was now living in Southeast Wisconsin, giving assistance to field workers in that region of the state.

Mary told about the long days in the fields, and having to get up a four a.m. to prepare for the day. They would be in fields by six a.m. and worked twelve hours or more each day. Bending over to pick vegetables each day was backbreaking work. But it was hardest on the children.

Most of the children went to the fields with their parents, the eight- nine- and ten-year olds caring for the younger children—most of the day in the hot car. Mary said that the children have no stability and are constantly changing schools—facing prejudice and having difficulty making new friends because of language and cultural barriers.

Mary explained, “It’s not just the extreme work conditions that wear on you. It’s the travel, the cramped space with no relief. I remember once we traveled from Montana to Wisconsin; there were ten of us, plus two dogs, in that car. I don’t know how we did it. It’s also the difficulty in getting housing and being uprooted over and over again. For many, the most difficult thing is being away from family members left behind in the Southwest.”

The migrant women had the greatest burden.

Their day didn’t end when they left the fields. As soon as they arrived home they’d prepare the evening meal, clean up afterwards, get the children ready for bed, and get clothes and equipment ready for the next day—seldom getting to bed themselves before eleven each night—then back up at four a.m. to prepare for the new day.

I thought my farm worker days were difficult, but the migrant workers long days, disruption to families, and backbreaking labor demanded far more than I could ever bear. Anyone who works long, backbreaking hours to feed our people should be recognized and appreciated.

Harold William Thorpe is the author of several books including: Giddyap Tin Lizzie, Bittersweet Harvest and the rest of the O’Shaughnessy Chronicles.

A Tribute to the Family Farmer 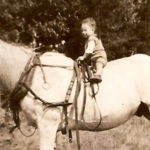 15 Life Lessons I Learned from Family-Farmers 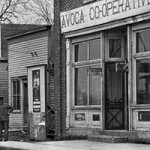 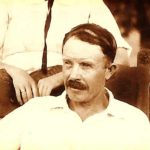 A Poem for My Dad